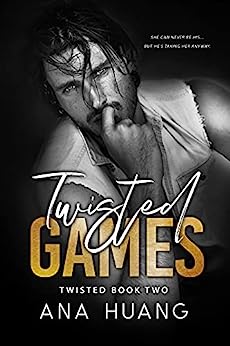 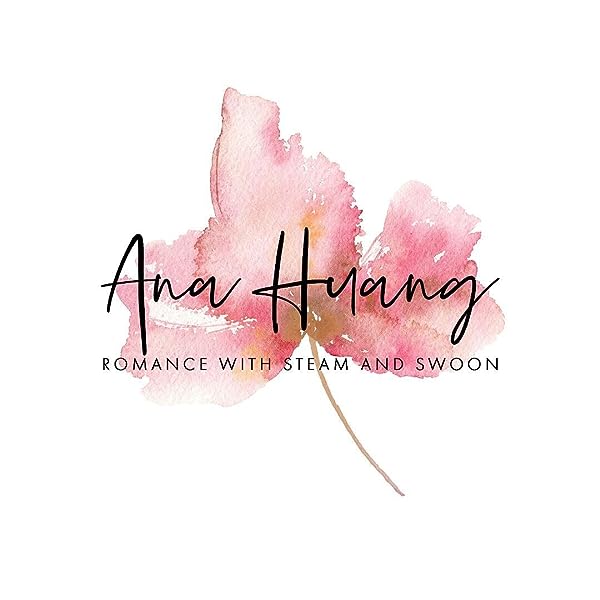 4.4 out of 5 stars
4.4 out of 5
173 global ratings
How are ratings calculated?
To calculate the overall star rating and percentage breakdown by star, we don’t use a simple average. Instead, our system considers things like how recent a review is and if the reviewer bought the item on Amazon. It also analyzes reviews to verify trustworthiness.

brooklynnnnereads
5.0 out of 5 stars Trope Upon Trope Upon Trope
Reviewed in Canada on September 8, 2021
Verified Purchase
This was the first Ana Huang novel that I've read and it certainly won't be my last. I absolutely loved this book!

This story had all of the elements that I love to read in a romance novel. There was trope upon trope upon trope! There was royalty, a bodyguard, a forbidden romance, and somewhat of an enemies-to-lovers (but closer to friends-to-lovers) all combined into a slow burn work of art. I loved this book so much that although the novel length is greater than 400 pages, I finished reading it in less than a day because I couldn't put it down.

This story had everything: it was angsty, mysterious, and there was an adventure. This author's writing flows so easily that it's more than easy to get caught up in the story only to find out later you are hundreds of pages in.

Not only can I not wait to continue this series (and circle back to book one as I haven't read it yet) but I can't wait for more novels from this author in general. I can tell, in the same vein as Mariana Zapata, this author is going to be an indie author that I now consider an "auto-buy".
Read more
Helpful
Report abuse

Aly
4.0 out of 5 stars Princess Diaries but make it adult
Reviewed in Canada on August 2, 2021
Verified Purchase
If you grew up loving Princess Diaries, then you'll love this.
This was like a very adult take on Princess Diaries 3.
In Twisted Love, we have the Princess and the Bodyguard who fall for each other. Which is obviously not allowed and causes some friction.

This book was a slowburn with absolute FIRE tension. Bridget and Rhys were the epitome of grumpy - sunshine! I loved seeing Bridget pull Rhys out of himself and Rhys was always the person who knew Bridget best.

It may have been a slow burn but GOSH did it get spicy as hell when that tension finally broke. " you're my princess in public, but my whore in private"
If that quote alone doesn't illustrate how spicy things get.. I dont know what would?!?!?!

The only reasons that I didn't mark this a 5 is because some of the book gave me anxiety. LOL I got all twitchy when Bridget and Rhys were hiding things and I kept waiting for them to get caught and was trying to figure out who was going to catch them.
Read more
Helpful
Report abuse

XO2read
TOP 1000 REVIEWER
5.0 out of 5 stars Fantastic read
Reviewed in Canada on July 29, 2021
Verified Purchase
A new author for me and I am thrilled to find a great author. I loved this book and I hadn’t read book 1 but I will definitely go get it now and a paid copy of this book for my library. This is the second book of the Twisted series and revolves around Bridget and Rhys’s forbidden love. This is the kind of story that ends to soon. It was captivating and compelling. Both characters were extremely likeable and you couldn’t help but root for them. Rhys had a tendency to be broody but his very strong and protective nature makes up for it. and strong. I really liked everything about this book. The romance was captivating, the characters well suited. I loved the cover and presentation and can’t wait for more from this author while I catch up on her current library. I voluntarily received an arc copy of this book from HiddenGems
Read more
Helpful
Report abuse

Annie
5.0 out of 5 stars The Royal Treatment?
Reviewed in Canada on August 5, 2021
Verified Purchase
I’m not usually into books that involve royals, but I loved Bridget’s character in Twisted Love and the angst she shared with her new bodyguard. I knew I needed to give this one a chance and I was NOT disappointed!

Firstly, I love Bridget. She has a spine of steel and enough sass to make anyone question going against her, but you can try ;). I love everything about her and how she carries herself.

Secondly, Rhys love and devotion to her, even when he seemingly couldn’t stand her, is everything! The way he fights to be with her, even if he can’t ‘be with her’ is truly incredible and I was here for it!

If you love steam, taboo and a healthy dose of a b@dass FMC, then you definitely need to read this book!
Read more
Helpful
Report abuse

Slyroch
4.0 out of 5 stars The princess and the bodyguard
Reviewed in Canada on September 15, 2021
Verified Purchase
The second book in this series is about Bridget, princess of Eldorra who is friends with Ava from the first book and her new Bodyguard Rhys Larsen. It is very much an enemies to lovers romance, and a bit too slowburn. But once the hate changes, it's a very good read. I understand the 2 year span helps establish the depth of their feelings. It's a great read with steam, twists and betrayals.
Read more
Helpful
Report abuse

Stephanie
5.0 out of 5 stars Wow
Reviewed in Canada on August 11, 2021
Verified Purchase
I loved this just as much as the previous book
Bridget and Rhys where everything, their rocky beginning after Bridget was so use to Booth after so long, the way he always called her "princess". My heart flipped everytime.
I loved the agnast, the emotional turmoil of their unrequited love and the resilience of Rhys to stay away from you when he was her bodyguard. He's protectiveness also reminded me for the last week but more violent then the book
The dirty talk was so good and can't wait for the next book with Jules and Josh!. Please read this if you haven't.
Read more
Helpful
Report abuse

Manveer Brar
4.0 out of 5 stars the overall reading was quite good
Reviewed in Canada on September 16, 2021
Verified Purchase
The start was slow burning which I obviously enjoyed. But at some point when all the royal drama was going on i skipped few pages because it was too boring to read. Brigh was such a cool character but i find ml sometimes too possessive which I’m not really big fan of. This was my first book of Ana Huang but I’m sure it’s not going to be last.
Read more
Helpful
Report abuse

Lorie M
5.0 out of 5 stars Princess and mr.larsen
Reviewed in Canada on August 27, 2021
Verified Purchase
It was a very enjoyable read with a ton of story and a lot of sexy scenes. Always intresting and well written!
Read more
Helpful
Report abuse
See all reviews

Kadi ❤️
5.0 out of 5 stars Wow! A must read!!
Reviewed in the United Kingdom on September 15, 2021
Verified Purchase
This is truly an amazing book, the chemistry between Rhys and Bridget is electrifying!
The slow burn in the beginning is intoxicating to read, then when they finally admit their feelings not only to eachother but to themselves it is just 🔥! 100000% will re-read this book over and over again! Bridget is a an amazing MC, she is the perfect amount of stubbornness mixed with sweetness. And don't get me started on Rhys, he is just perfection to say the least! ❤️ His POV is addicting to read, the definition of fire and ice... Cold yet red hot, steaming even!! Wink wink! ❤️ Overall, this book is 100/10. I definitely recommend! x
Read more
Report abuse

MrsA
5.0 out of 5 stars Fantastic read
Reviewed in the United Kingdom on August 19, 2021
Verified Purchase
I thought this story would be cliché and I was so wrong! It actually had a really good story line which had me gripped to the end. Loved both characters and it was steamy, romantic and thrilling! Also enjoyed the Royal aspect of it. You won't be disappointed!
Read more
Report abuse

MissCPL
5.0 out of 5 stars Hallmark after dark!
Reviewed in the United Kingdom on September 26, 2021
Verified Purchase
This had all the vibes of a hallmark Christmas film, with enough spice to make my mouth water! Loved it more than the first book
Read more
Report abuse

Lina Waheed
5.0 out of 5 stars Perfect
Reviewed in the United Kingdom on August 27, 2021
Verified Purchase
This is one of the most amazing books I've ever read, I love it. I plan to read this again, and again, and so many more times
Read more
Report abuse

Maz
5.0 out of 5 stars AMAZINGGG!!!!!
Reviewed in the United Kingdom on August 1, 2021
Verified Purchase
From start to finish I was indulged, I was so excited to read twisted games from when it was announced and I was not disappointed. I’m sad that’s it’s over already but can’t wait for the next book in the series.
Read more
Report abuse
See all reviews
Back to top
Get to Know Us
Make Money with Us
Amazon Payment Products
Let Us Help You
EnglishChoose a language for shopping. CanadaChoose a country/region for shopping.
© 2008-2021, Amazon.com, Inc. or its affiliates