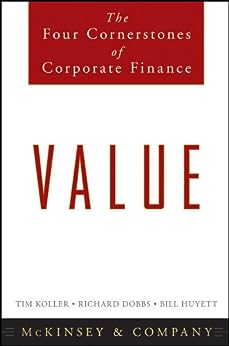 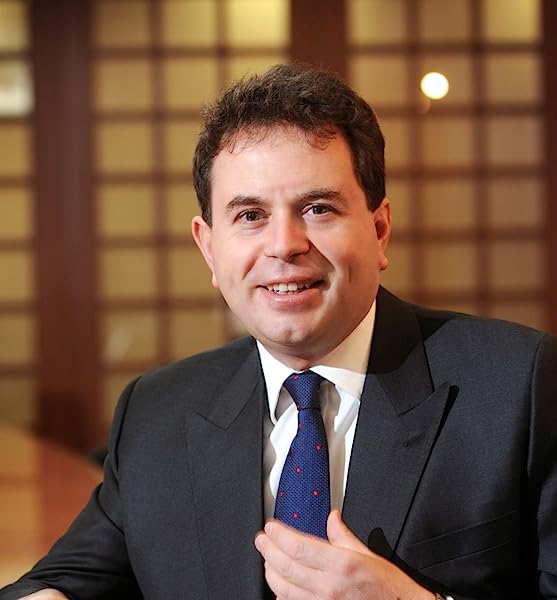 While you can find numerous books focused on the topic of corporate finance, few offer the type of information managers need to help them make important decisions day in and day out.

Value explores the core of corporate finance without getting bogged down in numbers and is intended to give managers an accessible guide to both the foundations and applications of corporate finance. Filled with in-depth insights from experts at McKinsey & Company, this reliable resource takes a much more qualitative approach to what the authors consider a lost art.

A perfect companion to the Fifth Edition of Valuation, this book will put the various issues associated with corporate finance in perspective.

From the Inside Flap

From the team behind Valuation—the #1 bestselling reference on corporate finance—comes a decision-making guide for all executives to use as they create, manage, and sustain shareholder value.

Corporate leaders are regularly confronted with conventional wisdom and half-truths about value creation. They're given conflicting advice about what will or won't appeal to investors, often contradicting their own judgment about what builds lasting worth in their companies and the economy.

In Value: The Four Cornerstones of Corporate Finance, partners from the management consulting firm of McKinsey & Company describe the basic principles of value creation and their relevance. Internalizing these principles—or cornerstones—gives decision makers the independence and courage they need to challenge conventional wisdom, defy half-truths, and build thriving businesses.

The four cornerstones are:

While there are many books that cover selected topics within corporate finance—often for specialized practitioners—it's the rare book that offers leaders a unifying viewpoint of business. Value is that book.

"Value will help senior leaders and their boards act on bold ideas for creating value in the businesses they lead. The four principles of value creation are a concise guide to growing and shaping companies."
—Ed Breen, Chairman and Chief Executive Officer, Tyco International Ltd.

"In a complex business world, we shouldn't overlook the relatively simple financial principles that underlie the creation of long-term shareholder value. This book gives corporate leaders a clear base of knowledge for creating and sustaining value under any economic, industry, or company circumstances."
—Dominic J. Caruso, Chief Financial Officer, Johnson & Johnson

"More than a handbook, this is the bible of value creation. It should be read by corporate leaders across the entire spectrum. It also reminds us not to ignore the abiding financial principles that guide companies to long-term value creation."
—Stefan Krause, Chief Financial Officer, Member of the Management Board, Deutsche Bank AG

"If more owners and executives had the overriding objective of long-term value creation—and enough knowledge about how to create it—then our financial world would be a more stable one."
—Rajiv Singh, Vice Chairman, DLF Limited

"Value cuts through clutter and myopia to provide a sound foundation for leaders who are building enterprises that thrive and serve society."
—Daniel Vasella, MD, Chairman, Novartis AG

TIM KOLLER leads the firm's research activities in valuation and capital market issues. He advises clients globally on corporate strategy, capital markets, M&A, and value-based management. Tim is a coauthor of Valuation: Measuring and Managing the Value of Companies.

RICHARD DOBBS is a director of the McKinsey Global Institute, the firm's business and economics research arm. He advises Korean and other Asian companies and governments on strategy, economics, and M&A issues. Richard is an associate fellow of University of Oxford's Saïd Business School.

--This text refers to the hardcover edition.
Read more

4.6 out of 5 stars
4.6 out of 5
163 global ratings
How are ratings calculated?
To calculate the overall star rating and percentage breakdown by star, we don’t use a simple average. Instead, our system considers things like how recent a review is and if the reviewer bought the item on Amazon. It also analyzes reviews to verify trustworthiness.
Top reviews

frankiethepunk
5.0 out of 5 stars One of the best books on investing fundamentals available
Reviewed in Canada on May 18, 2018
Verified Purchase
This book is so good I’ve read it three times to drill the concepts into my mind. I’ve also bought the Kindle version and the hard copy version which is underlined and heavily annotated. It gives the reader a thorough understanding of how to assess, value and understand how good companies operate and create value, and why lousy companies often out-perform great companies in the stock markets. (It all has to do with expectations).

Once a thorough grounding in the basics has been established by learning and understanding the concepts explained in this book, I recommend buying Valuation 6th Edition (University Edition) to expand and drill down in more detail into the concepts taught in this book.

Both books are well written and clear. But there’s a lot of material in these two books. Be prepared to take six months to learn and under the concepts taught in these books. It’s a lot of work but well worth the effort. Once you’ve accomplished that, you will probably better understand how to analyze and run a publically trade better than most CEOs and better understand the stock market better than 99% of investors out there.
Read more
Helpful
Report abuse

Ali Amiri
4.0 out of 5 stars Excellent writers
Reviewed in Canada on November 16, 2019
Verified Purchase
Very valuable information for all financial analysts. The only drawback I found on this book is the paper quality. Publisher should have spent a little extra. Other books by Wiley have much product papers - why did they go cheap on this one?
Read more
Helpful
Report abuse

This book was co-authored by three McKinsey & Company partners -- Tim Koller, Richard Dobbs, and Bill Huyett -- who bring decades of experience and a diversity of perspectives to their rigorous consideration of what they characterize as "the immutable principles of value creation. " These principles are in the best interests not only of shareholders but of [begin italics] everyone else [end italics] directly and indirectly involved in the given enterprise. This is a key point because, more so today than ever before, value addition or reduction can occur at any level and in any area of an organization's operations.

The focus in the book is on the four cornerstones of finance, best revealed within the narrative, in context. (They are introduced and discussed briefly on Pages 4 and 5, then delineated thoroughly through Part One, Chapters 1-5.). These are among the passages that I found most valuable:

Most readers (I among them) agree with Koller, Dobbs, and Huyett that the most difficult part of creating value and, specifically, applying and then sustaining the four cornerstones "is getting the right balance between delivering near-term profits and return on capital, and, continuing to invest for long-term value creation. [Not just in fixed assets, but investments that are expensed right away, such as new product development, new geographic markets, and people.] Configuring the management approaches of the company to reflect this balance is the chief executive's responsibility."

Tim Koller, Richard Dobbs, and Bill Huyett provide a wealth of information, insights, and counsel that will serve as "a catalyst and guide for improving how executives plan strategy, make decisions, solve problems, and meanwhile create the next generation of leaders. Ultimately, we hope that the collective impact of more companies embracing these [four] principles creates a more stable and productive economy."
Read more
One person found this helpful
Helpful
Report abuse
See all reviews

Harald
5.0 out of 5 stars The “bible” of corporate finance
Reviewed in the United Kingdom on May 6, 2020
Verified Purchase
Yes it is not easy to read and understand if you are new to the topic. Equally, it is very rewarding! Buy it if you want to know the basics of the corporate finance theory (or at least certain aspects around value).
Read more
Report abuse

Amazon Customer
4.0 out of 5 stars Strips the concepts to the key points
Reviewed in the United Kingdom on October 31, 2020
Verified Purchase
This is a must have book for those wanting fundamental knowledge of corporate finance. He strips the concepts back to the basics, keeping a focus.
Read more
Report abuse

G L Rocha
4.0 out of 5 stars Short and directly clear.
Reviewed in the United Kingdom on February 21, 2013
Verified Purchase
The book can be read waiting for the next flight. It is quite short and direct. Very clear.
A good compnion for the "Valuation" book.
Read more
One person found this helpful
Report abuse

Shashank V. Nerurkar
5.0 out of 5 stars One of the best boooks on long term value creation
Reviewed in India on February 11, 2020
Verified Purchase
Value - The Four Cornerstones of Corporate Finance is one the best books I have read. The authors are senior consultants with McKinsey & Company. They have covered the subject of value creation in great details from practitioners point of view. The different aspects of value creation by businesses are discussed in great details. The live examples of companies who succeeded or did not succeed in creating long term value are explained throughout the book. The topics such as the best owner and business portfolio are excellent. The book is a must read for investors, business leaders and management consultants. No other book has covered the subject of long term value creation better than this book.
Read more
One person found this helpful
Report abuse
See all reviews
Report an issue
Does this item contain inappropriate content?
Report
Do you believe that this item violates a copyright?
Report
Does this item contain quality or formatting issues?
Report