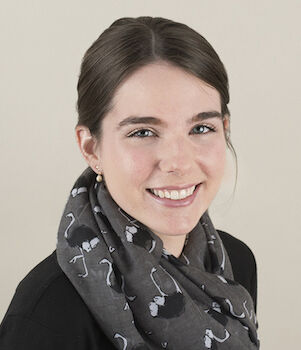 by Rogerson Margaret (Author)
4.6 out of 5 stars 1,058 ratings
See all formats and editions
Sorry, there was a problem loading this page. Try again.

Margaret Rogerson is the New York Times bestselling author of An Enchantment of Ravens. An Ohio native, she currently lives near Cincinnati. She has a bachelor's degree in anthropology, and when not busy reading or writing, she enjoys watching more documentaries than most people consider socially acceptable.

4.6 out of 5 stars
4.6 out of 5
1,058 global ratings
How are ratings calculated?
To calculate the overall star rating and percentage breakdown by star, we don’t use a simple average. Instead, our system considers things like how recent a review is and if the reviewer bought the item on Amazon. It also analyzes reviews to verify trustworthiness.

Paul J. G
5.0 out of 5 stars Excellent book, well written, captivating.
Reviewed in Canada 🇨🇦 on September 12, 2022
Verified Purchase
I was pleasantly surprised, I downloaded the sample, started reading it a few weeks later, then I was hooked. Downloaded the book finished it in three or four days. Interesting and captivating it pulls you along like the great writers of old. I need more! First time in 30 plus years I've been pulled by a story. Congratulations 🎊
Read more
Helpful
Report abuse

Mary Jonasson
5.0 out of 5 stars Perfect
Reviewed in Canada 🇨🇦 on July 18, 2022
Verified Purchase
It arrived in perfect condition! I would purchase again. Thank you.
Read more
Helpful
Report abuse

Amy Braun
VINE VOICE
4.0 out of 5 stars A Ghostly Adventure
Reviewed in Canada 🇨🇦 on October 29, 2021
Maybe I’m in a reading slump, because I didn’t quite love Vespertine as much as I wanted to. That isn’t a saying that the book isn’t worth reading, it absolutely is. But, personally, I just wasn’t able to connect with the characters or the world.

Artemisia is a good hero. She is brave, noble, and is prone to doing the right thing, no matter what it costs her. I liked her from the get-go, and as she continued to fight to save people, I found her to be quite strong in both physical and mental combat.

The revenant to this is her acts as a great foil. It’s got a dark sense of humour that I love, but it’s also a complex creature with lots of secrets and its own complicated emotions.

Leander is as morally gray as I can get, and I’m not even sure how I feel about him. I think we had too much of his backstory by the end of the book, and I would’ve liked a little more mystery surrounding it. But I do think he is an interesting antagonist, and he is impossible to put in any kind of box.

There is tons of action in this book. I was actually surprised at how many magical fight scenes, chases, and battles there were. The magic system is really intense, and the lore is phenomenal. There are so many unique spirits that pose danger to Artemisia and those she wants to protect.

All of this said, it seemed like there was a lot more action than character, which is where I slipped a little. There were amazing scenes between Artemisia and Leander, but by the final battle, I didn’t have a clear sense of the stakes or understand the exact reasons she was fighting. The epilogue also wrapped up basically everything, so this can do well as a standalone book.

Again, I think I’m in a reading slump because I didn’t find myself as invested as I want to be. Rogerson is an amazing writer and her imagination and talent are in full display with her creatures, lore, action and description. I do recommend Vespertine to readers looking for an atmospheric, action packed, ghost-filled book, so check it out!
Read more
Helpful
Report abuse

Since the age of ten, Artemisia has been a Gray Sister, tending to dead bodies lest they become corrupted and a danger to the living. Artemisia understands the dead, the living, not so much. When it’s time for her class of nuns to be tested to determine their futures, Artemisia plans to fail in order to remain at the convent and continue looking after the dead and avoid human interaction. However, when the convent suddenly comes under attack, Artemisia becomes half-possessed by an ancient revenant and has to contend with sharing her headspace with the snarky spirit. Together, they must unravel a mystery involving saints, nuns, Old Magic, and deception.

I’ve read and loved Margaret Rogerson’s past novels, so I thought this would be no different. While I enjoyed this, I didn’t love it as much as the previous two standalone books; it was still a solid read.

There’s the right amount of atmospheric writing with a couple of heart-pounding action scenes. I took off 1.5 stars because the narration was a tad slow and aimless at times (I read somewhere that the author started another round of editing after e-galleys became available, so the final copy might be less rambling). Overall, I felt that the author introduced the world in easily digestible amounts.

The revenant and Artemisia are the dynamic duo I didn’t know I needed. Their endless banter had me chuckling more than a few times.

I am excited for the sequel.

Thank you to Margaret K. McElderry Books for the arc via Netgalley in exchange for an honest review.
Read more
Helpful
Report abuse
See all reviews

nlondonhousewife
4.0 out of 5 stars Excellent, strong flawed heroine who saves herself and everyone else worth saving
Reviewed in the United Kingdom 🇬🇧 on October 6, 2021
Verified Purchase
This is not a romance: it is the story of a most unlikely friendship developed on a journey or quest where, as well as saving the world as we know it, the female lead character gets to grow and learn a bit about herself.

The world-building is detailed and convincing, the friendships and loyalties developed during the book are warm and believable. The deities are flawed along with their followers.

CrazyforBooksandCoffee
5.0 out of 5 stars Brilliant
Reviewed in the United Kingdom 🇬🇧 on January 13, 2022
Verified Purchase
Thank you to Net Galley and Simon & Schuster and of course Margaret Rogerson for a ARC of this book in exchange for an honest Review.

This is my first Margaret Rogerson and wow did i love it !! I have had her others on my TBR for so long and not got around to then I certainly will be now !

Brilliant story and I didn't want it to end can't wait for the next book. The relationship between Artemisia and The Revenant was fantastic. I am looking forward to where their relationship will go next.
Read more
Report abuse

Rose Kindred
5.0 out of 5 stars A brilliant gothic
Reviewed in the United Kingdom 🇬🇧 on July 5, 2022
Verified Purchase
This is a really interesting gothic tale of spirits, people and unlikely bonds.

Artemisia is a fascinating and compelling autistic-coded character that despite various trials attempts to make the right decisions for the sake of others.

Gothic fantasy is an underwritten genre and the worldbuilding in this novel based in it, favouring a pseudomedieval setting is intriguing.

Easily a favourite consise read for the year and on any dark gloomy days where a comforting gothic read of characters facing adversity is welcome.
Read more
Report abuse

Kindle Customer
5.0 out of 5 stars Fascinating and absorbing
Reviewed in the United Kingdom 🇬🇧 on October 10, 2021
Verified Purchase
I bought this book, because i loved the author's other books and it didn't disappoint. Fascinating characters, absorbing supernatural stuff, just excellent plotline. I read it all through in one sitting!
Read more
One person found this helpful
Report abuse

Mr Happy Douglas
5.0 out of 5 stars I find I only leave reviews for books
Reviewed in the United Kingdom 🇬🇧 on October 24, 2022
Verified Purchase
That I either love them or hate them, those I cannot read due to poverty of prose I send back. This book is great, I love the twists and turns the story takes, I would , of course, like a sequel.
Read more
Report abuse
See all reviews