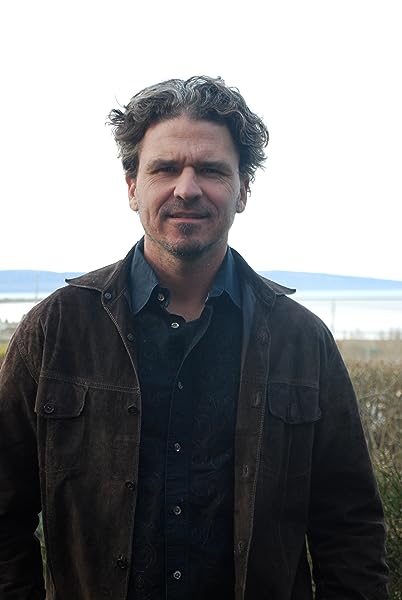 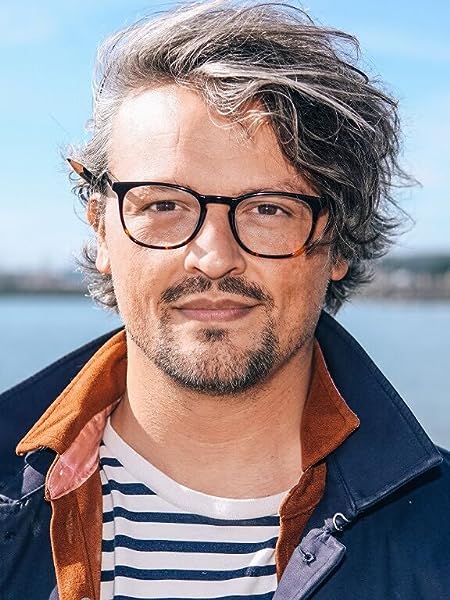 by Dave Eggers (Author), Shawn Harris (Illustrator)
4.6 out of 5 stars 210 ratings
See all formats and editions
Sorry, there was a problem loading this page. Try again.

"[This] charming book provides examples and sends the message that citizens aren't born but are made by actions taken to help others and the world they live in." —The Washington Post

This is a book about what citizenship—good citizenship—means to you, and to us all: Across the course of several seemingly unrelated but ultimately connected actions by different children, we watch how kids turn a lonely island into a community—and watch a journey from what the world should be to what the world could be.What Can a Citizen Do? is the latest collaboration from the acclaimed behind the bestselling Her Right Foot: Dave Eggers and Shawn Harris.For today's youngest readers about what it means to be a citizen and the positive role they can play in society.Includes beautiful illustrations and intriguing, rhyming text. "Obligatory reading for future informed citizens." —The New York Times

What Can a Citizen Do is an empowering and timeless read with an important message for all ages.Great family read-aloud bookBooks for kids ages 5-8Picture books for grades K-3
Read more
Previous page
Next page

Dave Eggers is the author of many books, including Heroes of the Frontier, The Circle, and A Hologram for the King. He is the cofounder of: Voice of Witness, an oral-history series focused on human rights; 826 National, a network of writing and tutoring centers; and ScholarMatch, which connects donors and under-resourced students to make college possible. He lives in the San Francisco Bay Area.

Shawn Harris is an artist and musician who lives and works in Morongo Valley, California. The first book he illustrated was Her Right Foot by Dave Eggers, which received six starred reviews.

"This is such a beautiful book." -Mayor Keisha Lance Bottoms, City of Atlanta

"This book is about more than being a good citizen; it's about being a good person. And that's why Eggers and Harris have created the exact book we all need on our kids' shelves right now." —Cool Mom Picks

"In an era of burgeoning student activism, Dave Eggers' new picture book What Can a Citizen Do? is arriving at the perfect time." —Entertainment Weekly

"What Can a Citizen Do? by Dave Eggers raises the urgent question of how to be engaged, compassionate, and empowered, and the cut-paper illustrations by Shawn Harris are so fun and so richly detailed that kids will make new discoveries on every read. It's an absolute delight." -Maile Meloy, New York Times bestselling author of Do Not Become Alarmed and The Apothecary

"Examines what it means to be a citizen, that is, a responsible and caring resident of whatever place in which one happens to live, and how we can all work to transform our world from what it is to what it could be." —The Buffalo News

"Teaches young readers that being engaged and informed can turn anyone into an activist, no matter their age." —Time Magazine

"A rhythmic, rhyming call for kids to be good citizens." -Common Sense Media

"Clearly and joyfully informs young children that, as citizens, they can get involved and make a difference." --Literacy Daily

"Dave Eggers has delivered another thought-provoking book to prime the consciousness of even the youngest readers." —School Library Connection

"An elegant and affecting book about civic engagement for a world that really needs it." -Carson Ellis, Caldecott Honor-winning creator of Du Iz Tak? and Home

"Eggers displays how citizens, even young ones (and even a bear!), can contribute to society. Harris' inclusive collages vibrantly depict a world of different types of citizens. This is also a book that adults will take something away from, especially in the midst of our current divisive politics." —Booklist

"This must-have book distills the fundamentals of citizenship into easy-to-digest concepts and emphasizes the importance of caring for others, accepting differences, and taking action to initiate positive change." -School Library Journal, starred review

"Spark a mind with Dave Eggers's heartening and galvanizing storybook. (The answer to the title? A whole lot, in fact.)" —Martha Stewart Living

"A primer for kids and a reminder for adults that citizenship is an active state, not passive one." —Book Riot

"Invites active participation in society and politics, but it is also just a beautifully illustrated book. Illustrator Shawn Harris brings so much life and emotion and diversity to Egger's message, which tells children to care and to not be silent. I think we could all use these reminders>" —Romper

Dave Eggers is the author of many books, including Heroes of the Frontier, The Circle, and A Hologram for the King. He is the cofounder of: Voice of Witness, an oral-history series focused on human rights; 826 National, a network of writing and tutoring centers; and ScholarMatch, which connects donors and under-resourced students to make college possible. He lives in the San Francisco Bay Area.

Shawn Harris is an artist and musician who lives and works in Morongo Valley, California.

4.6 out of 5 stars
4.6 out of 5
210 global ratings
How are ratings calculated?
To calculate the overall star rating and percentage breakdown by star, we don’t use a simple average. Instead, our system considers things like how recent a review is and if the reviewer bought the item on Amazon. It also analyzes reviews to verify trustworthiness.

love my job
2.0 out of 5 stars A bear can be a citizen? What?
Reviewed in the United States 🇺🇸 on November 26, 2018
Verified Purchase
I bought this to read to my kindergarten class in preparation for our work around voting. The message of the book is a good one - take action. We want our students to be change makers, for sure. The introduction of the bear as a citizen left us shaking our heads and the children confused. It was a weird make-believe addition that ruined the book. I should have read the reviews before buying, and I would have passed on it. The illustrations are lovely, though, and the page quality is nice and thick...if only there wasn't that bear.
Read more
14 people found this helpful
Report abuse

sonya34
2.0 out of 5 stars No substance, even for a preschooler
Reviewed in the United States 🇺🇸 on December 1, 2019
Verified Purchase
I've never returned a book. But this one is empty of meaning, even for little kids. The rhymes are awkward, too.
Read more
4 people found this helpful
Report abuse

RLPF
1.0 out of 5 stars meh...
Reviewed in the United States 🇺🇸 on April 17, 2019
Verified Purchase
The book is so so. My 2nd graders found it boring. It is too late to return it or I would have.
Read more
4 people found this helpful
Report abuse

Jean Cogdell
5.0 out of 5 stars The teacher in your life will love this book.
Reviewed in the United States 🇺🇸 on January 8, 2019
Verified Purchase
Gave as a gift to teacher. She loved the easy way this explains to kids the responsiblity of citizenship.
Read more
One person found this helpful
Report abuse

lsiefert
5.0 out of 5 stars work for we needed
Reviewed in the United States 🇺🇸 on May 17, 2019
Verified Purchase
work for we needed, arrived fast and exactly as described
Read more
One person found this helpful
Report abuse
See all reviews