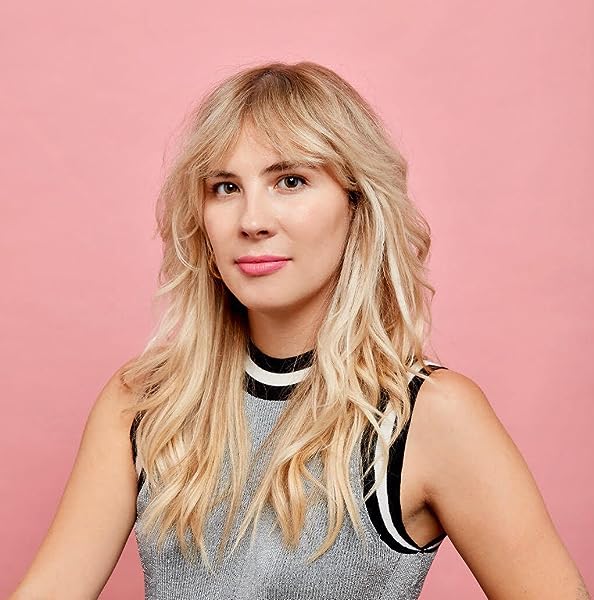 by Emily Henry (Author)
4.1 out of 5 stars 138 ratings
See all formats and editions
Sorry, there was a problem loading this page. Try again.

The Serpent King meets Stranger Things in Emily Henry’s gripping novel about a group of friends in a small town who find themselves dealing with unexpected powers after a cosmic event.

Almost everyone in the small town of Splendor, Ohio, was affected when the local steel mill exploded. If you weren’t a casualty of the accident yourself, chances are a loved one was. That’s the case for seventeen-year-old Franny, who, five years after the explosion, still has to stand by and do nothing as her brother lies in a coma.

In the wake of the tragedy, Franny found solace in a group of friends whose experiences mirrored her own. The group calls themselves The Ordinary, and they spend their free time investigating local ghost stories and legends, filming their exploits for their small following of YouTube fans. It’s silly, it’s fun, and it keeps them from dwelling on the sadness that surrounds them.

Until one evening, when the strange and dangerous thing they film isn’t fiction—it’s a bright light, something massive hurtling toward them from the sky. And when it crashes and the teens go to investigate … everything changes.

Emily Henry is the author of The Love That Split the World. She is a full-time writer, proofreader, and donut connoisseur. She studied creative writing at Hope College and the New York Center for Art & Media Studies, and now spends most of her time in Cincinnati, Ohio, and the part of Kentucky just beneath it.

Start reading When the Sky Fell on Splendor on your Kindle in under a minute.

Emily Henry writes stories about love and family for both teens and adults. She studied creative writing at Hope College and the now-defunct New York Center for Art &amp; Media Studies, and now spends most of her time in Cincinnati, Ohio, and the part of Kentucky just beneath it. Find her on Instagram @EmilyHenryWrites.

4.1 out of 5 stars
4.1 out of 5
138 global ratings
How are ratings calculated?
To calculate the overall star rating and percentage breakdown by star, we don’t use a simple average. Instead, our system considers things like how recent a review is and if the reviewer bought the item on Amazon. It also analyzes reviews to verify trustworthiness.
Top reviews

L. Unrau
3.0 out of 5 stars It’s not the book it’s me
Reviewed in Canada on March 27, 2019
Verified Purchase
Emily Henry is an amazing writer and I’m sure this will be a five star read for a lot of people. I tried to read it in the middle of a reading slump and it just didn’t hit home for me but I could still see how well written it is. Personally, of her books so far I liked A Million Junes the most, then The Love That Split the World, then this one. I think it depends on what type of relationship you like out of a story. If you love close knit friend groups then this could be the one for you. I’ve never had a large group of friends, just one or two close friends at a time, so that could be part of why I didn’t connect with this one as much as the others. It is also a bit more sci-fi and has some more thriller elements than her other two books so far. I hope this helps someone decide if they want to read this!
Read more
Helpful
Report abuse
See all reviews

purple_jellie
5.0 out of 5 stars Captivating Read
Reviewed in Australia on October 12, 2020
Verified Purchase
Easy to read, engaging. The story didn't go the way I expected, which isn't a bad thing....it's nice to be surprised & not have a predictable read.
Read more
Report abuse

Emma
5.0 out of 5 stars Loved it so much
Reviewed in Australia on October 7, 2020
Verified Purchase
Loved this beautiful, gripping novel from Emily Henry. An instant favourite. These kids have a special place in my heart. Will be re-Reading this many times
Read more
Report abuse

BlueRose
2.0 out of 5 stars Fooled by the cover and summary:(
Reviewed in the United States on February 2, 2020
Verified Purchase
(Spoiler Warning) - This started off as a really good UFO/Contact story and stayed that way til the last few pages when the author decided to create a crazy twist that ruined the entire book. I feel like u sign up for a good UFO story with this one and then at the end the author turns it into a ridiculous ghost story. Yes, all the obviously extraterrestrial happenings in this book end up being caused by a ghost related to a less than secondary character in the book. Events like a ufo crash, a really bright light in the sky, contact and newfound powers to the main characters as a result of that, and government involvement all end up being caused by some dead girl who has no role in the entire book til literally the very end. If you’re expecting a good alien/ufo story I would not waste your time with this one but if really crazy plot twists are your thing than this might just be for you.
Read more
9 people found this helpful
Report abuse

Meghan Fasnacht
5.0 out of 5 stars Loved this book
Reviewed in the United States on July 2, 2019
Verified Purchase
I love emily henrys writing so much and this book did not let me down. This was such a great group of friends to follow around and watch to grow and learn to trust. I want nothing but the best for all of them they are my babies.
Read more
2 people found this helpful
Report abuse

Meaghan
4.0 out of 5 stars Fast and Unique Read
Reviewed in the United States on October 7, 2020
Verified Purchase
This book was a fun and quick read. The author tackles deeper concepts in a unique way. I don’t want to spoil it but it’s a unique read for sure!
Read more
One person found this helpful
Report abuse
See all reviews