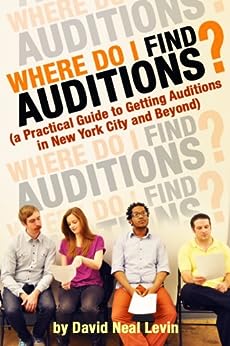 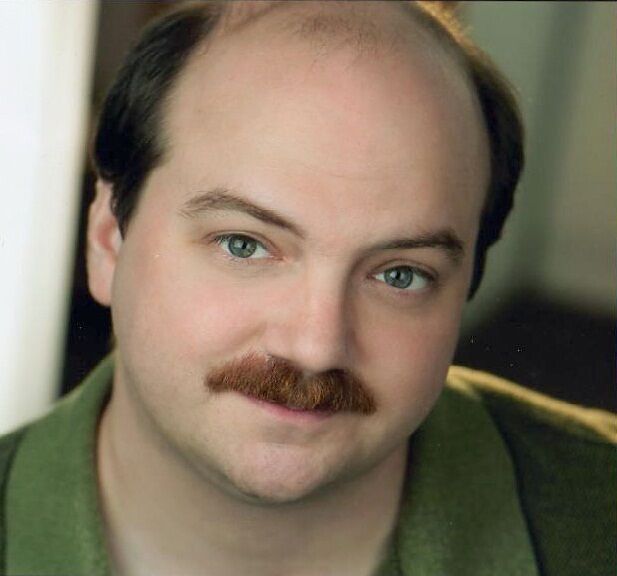 Where Do I Find Auditions? Kindle Edition

by David Neal Levin (Author) Format: Kindle Edition
See all formats and editions
Sorry, there was a problem loading this page. Try again.
After years of acting training you’re ready to audition, but you don’t have an agent. Or you do have an agent but he isn’t sending you out as much as you’d like. Roughly 90% of actors find work without an agent. Even if you do have an agent, don’t sit back and wait for him to get you work. You have to hustle. In "Where Do I Find Auditions?" working NYC actor David Neal Levin passes on the knowledge of years of experience on how to find auditions in a clear, concise guide. Inside you will also find 9 interviews with agents and casting directors offering their insights on the audition process in addition on where to find them. Don’t miss another opportunity because you didn’t know where to look.

"It turns out there are tons and tons of different places producers and directors go to post auditions. And as an actor it's your job to find those auditions. David Neal Levin has done a LOT of homework and discovered a way to quickly and simply find those auditions. It worked for me - I found a gig immediately." --Adam Nowak, Actor, SAG-AFTRA, client of Cunningham, Escott, Slevin and Dougherty Talent Agency
Read more
Previous page
Next page

David Neal Levin is an actor and writer living in Brooklyn, NY. Originally from Nashville, he moved to New York after grad school and studied at Michael Howard Studios. Credits include ‘Boardwalk Empire’, ‘Orange is the New Black’, ‘The Knick’, ‘Difficult People’, ‘The Leftovers’, ‘Onion News Network’, ‘Adult Swim’, 'Billions', 'Mr. Robot', numerous commercials, and the movie ‘The Golden Scallop’. He plays a lead as "Dr. Phil" in the action-comedy ‘Crazy Famous’ which releases VOD 01/09/18. He is also the titular lead in the upcoming indie comedy 'Hudson', and will appear in the next season of Showtime's 'Homeland'.

You can learn more and see some of his work at www.davidneallevin.com

5.0 out of 5 stars
5 out of 5
15 global ratings
How are ratings calculated?
To calculate the overall star rating and percentage breakdown by star, we don’t use a simple average. Instead, our system considers things like how recent a review is and if the reviewer bought the item on Amazon. It also analyzes reviews to verify trustworthiness.
Top reviews

Nay
5.0 out of 5 stars Great for Aspiring Performers!!
Reviewed in the United States on September 19, 2016
Verified Purchase
Bunches and oodles of information! So much so I have to stop reading and DO what the book says. He covers a wealth of places and sources and I book mark every one and go to that source. The book may seem light but it's not light on details. I really enjoy reading this and learning as if I was in a classroom [while I plan on taking a class]. His book is very organized in sections and categories that make it less stressful and less overwhelming. I am not in New York but his sources definitely help me out here in California. Hope any aspiring performer picks up a book of this nature to at least give a lay of the land. And of course attend a class or two. You can do it!!!
Read more
One person found this helpful
Report abuse

Rocco Privetera
5.0 out of 5 stars Solid material!
Reviewed in the United States on March 7, 2013
Verified Purchase
This is a solid book full of solid material. His style is a little non-nonsense and dry, but I'm reading the book to find how to find auditions not to be entertained by a ton of stories and "I'm famous look at me" patter. He's the kind of actor most of use start out as: working hard and trying to make it work.

For what I paid for the book, which is a pittance, if I even landed one audition it would well pay for itself. I've already been applying some of the ideas and lessons and I've got my first audition in a while thanks to it.

Yeah, I'm sure some haters are gonna say a lot of the info is stuff you can find, but that's the beauty of the book because it's all in one place and laid out very logically. And of course, it *is* funny. After I read it I Google him and saw some of his stuff online and his style of comedy shows he's not just a hack, this guy is working.

Anyway, if you are an actor, even if you only get a few tips from it, it's money well spent.
Read more
2 people found this helpful
Report abuse

Jeremy
5.0 out of 5 stars So THAT'S where they are.
Reviewed in the United States on July 2, 2013
Verified Purchase
I met David in an acting class a few years ago. I hadn't heard until recently that he'd written this book, but it didn't surprise me. I remember when he first walked into class with a beard, and someone commented on it. His immediate response was, "Yeah, it's great. Now I can search for auditions using the search term 'beard." And I recall thinking, "Man, that's strategic." I'd heard through the grapevine that he was a tireless self-submitting machine. But until I'd read his book, I had no idea how expansive his working knowledge of the battlefield really was. I've been an actor in New York for years, and still his book contained a wealth of things I just did not know. It covers all bases, is laid out in such a way as to give you a rationale and empirical plan of attack, in an industry that can often seem mysterious and overwhelming. And best of all, it is reported on honestly, from actual experience (or occasionally admittedly lack thereof), and told in a relatable and charming voice. A must read for anyone starting out, or blowhard veteran who thinks they know everything.
Read more
3 people found this helpful
Report abuse

Brian
5.0 out of 5 stars Lots of meat on the bones...
Reviewed in the United States on August 5, 2013
Verified Purchase
Hard-working character actor and improviser David Levin goes through all the casting sources you've heard of and dozens that you haven't and gives tips, tricks, and hard-won secrets for them all. As it says in the subtitle, it has a New York bias because Levin is a New York actor; but LA types can still benefit from the internet advice, and even some of the bicoastal stuff (e.g. LA-NY teaching organizations like One On One). He ends it with a few insightful interviews with casting directors and agents. Give it a read!
Read more
One person found this helpful
Report abuse

Mila M.
5.0 out of 5 stars An essential book for every actor!
Reviewed in the United States on August 10, 2017
Verified Purchase
An essential book for every actor! This is a really great resource for the unrepresented (and represented!) actor for how to find auditions and be your own agent/take your career into your own hands. I love the industry professionals interviews at the end of the book as well - lots of useful insight and advice. Highly recommend it!
Read more
Report abuse
See all reviews
Report an issue
Does this item contain inappropriate content?
Report
Do you believe that this item violates a copyright?
Report
Does this item contain quality or formatting issues?
Report