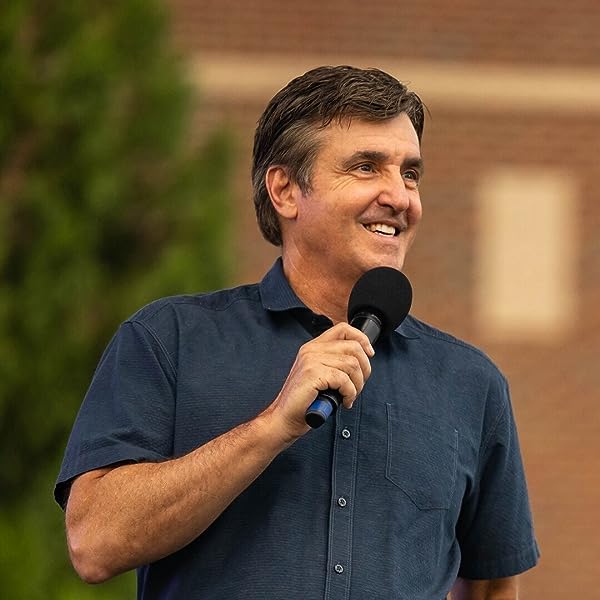 by G Allen Jackson (Author)
4.5 out of 5 stars 18 ratings
See all formats and editions
Sorry, there was a problem loading this page. Try again.
The Bible tells a story. The amazing narrative begins with creation and concludes with Jesus triumphant. Between Genesis and Revelation is the story of God's interaction with the descendants of Adam. Through these sessions we will develop a twelve point timeline which will serve as the framework for all the characters and events in the Bible. We will take a journey from creation, through the emergence of the Hebrew people and into the Roman world. This first volume begins with Creation and continues through the first kings of Israel. Enjoy the journey, the Bible is a treasure for all.
Read more
Previous page
Next page

The son of an equine veterinarian, Pastor Allen Jackson spent his formative years helping his father care for horses and other animals—and many of his sermons include stories and lessons learned in the barns, fields, and countryside of Tennessee. Though he often jokes that he was “raised in a barn,” his life journey has proven to be impactful.

He earned degrees from Oral Roberts University and Vanderbilt University, and studied at Gordon-Conwell Theological Seminary and Hebrew University in Jerusalem. He returned to Murfreesboro, Tennessee (southeast of Nashville), where he lives with his wife, Kathy, and has served as senior pastor of World Outreach Church® since 1989. Under his leadership, the church has grown from less than 30 people to over 15,000 local congregants. Despite its size, Pastor Allen still fondly refers to the congregation as a “little country church” because that’s how it began—as a small Bible study in his parents’ home in the 1970s.

His mission is to help people become more fully devoted followers of Jesus Christ, and technology has increased his impact, allowing his biblical messages to reach and encourage 3,000,000+ people per week through Allen Jackson Ministries®. Learn more at AllenJackson.com and WorldOutreach.Church.

4.5 out of 5 stars
4.5 out of 5
18 global ratings
How are ratings calculated?
To calculate the overall star rating and percentage breakdown by star, we don’t use a simple average. Instead, our system considers things like how recent a review is and if the reviewer bought the item on Amazon. It also analyzes reviews to verify trustworthiness.
Top reviews

Michelle Peters
4.0 out of 5 stars Good need the DVD to go with it??
Reviewed in the United States on August 2, 2022
Verified Purchase
It’s not a standalone book it is a study guide after you watch the DVD …
Read more
Report abuse

Amazon Customer
1.0 out of 5 stars Ntot useful
Reviewed in the United States on August 6, 2022
Verified Purchase
Not very useful to me
Read more
Report abuse
See all reviews