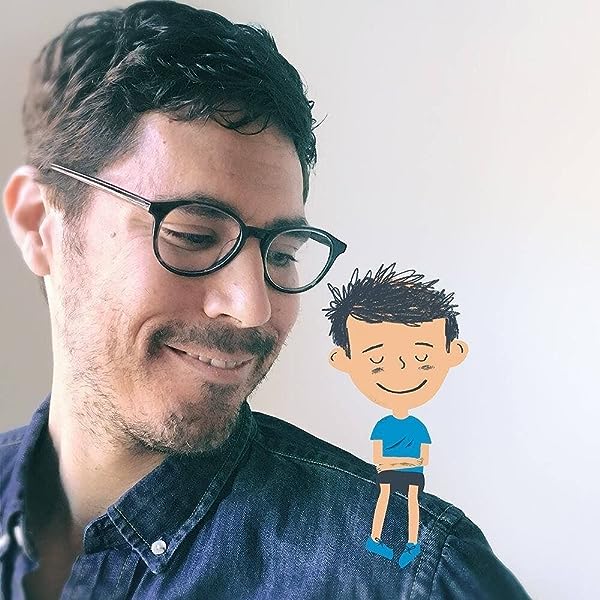 by Kate Gardner (Author), Christopher Silas Neal (Illustrator)
4.8 out of 5 stars 6 ratings
See all formats and editions
Sorry, there was a problem loading this page. Try again.

A charming, classic picture book that imagines all the different types of places you could live—from the author of Lovely Beasts, Kate Gardner, and award-winning illustrator Christopher Silas Neal. The perfect next read for fans of Carson Ellis's Home.

Have you ever imagined what it would be like to live . . .

or even in a spaceship?

If You Live Here is a whimsical tribute to the unique and special places we call home.

“Whimsical and imaginative, this sweet story is a welcome addition to many collections.” — School Library Journal

“[With an] emphasis on seeking out new experiences, whether discovering strange visitors from the portal of a submarine or flying from a nest on the back of a bird[,]… Young ones will have fun finding the cat and the books on every page as they explore the world presented in the colorful mixed-media illustrations.” — Booklist

Kate Gardner is the picture book author of Lovely Beasts, Snow Falls, and How to Find a Fox. During her nighttime walks with her dogs, she admires the brightly lit windows in her neighborhood and imagines the cozy spaces inside. That got her wondering about other types of places to live. . . . While Kate lives in a house outside of Boston, she thinks that a nest is probably best.

Christopher Silas Neal is the illustrator of Over and Under the Snow and Up in the Garden and Down in the Dirt, both written by Kate Messner, and is a regular contributor to the New York Times. He is also the author-illustrator of Everyone... Chris lives in Brooklyn, New York. Learn more about him online at www.csneal.com.

Christopher Silas Neal is an award-winning author and illustrator of picture books including the Over and Under series with author Kate Messner, which was praised for its "stunning retro-style illustrations" (New York Times). He makes books that feature animals, shapes, science, friendship and silliness, and strives to create diverse and inclusive characters that reflect the kids and parents who read his books. Neal's author debut titled "Everyone" was praised by Publisher's Weekly as "simple, honest, lyrical". His board book series (Animals Colors, Animal Shapes) received starred reviews from Publisher's Weekly and Kirkus. He speaks about his books, the art making process, and his career at schools, conferences, libraries and book festivals across the country. Neal is a Mexican/Eurpoean-American artist who lives with his wife and two boys in Brooklyn, NY.

4.8 out of 5 stars
4.8 out of 5
6 global ratings
How are ratings calculated?
To calculate the overall star rating and percentage breakdown by star, we don’t use a simple average. Instead, our system considers things like how recent a review is and if the reviewer bought the item on Amazon. It also analyzes reviews to verify trustworthiness.

There are 0 customer reviews and 6 customer ratings.