Share <Embed>
Have one to sell?
Sell on Amazon
Got a mobile device?
You’ve got a Kindle. 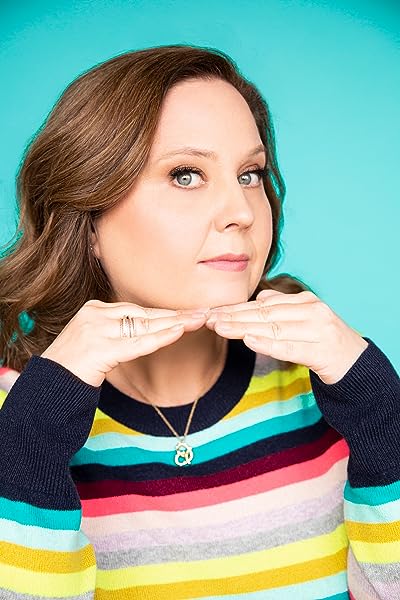 by Bayne Gibby (Author), David Walker (Illustrator)
4.9 out of 5 stars 20 ratings
See all formats and editions
Sorry, there was a problem loading this page. Try again.

Bayne Gibby is an actor, singer, writer, and comedian. She has recorded two live comedy CDs and appeared on Mad Men and Parks and Recreation. This is her first book for children. Visit her online at www.baynegibby.com.

David Walker is an artist and illustrator of many books for children. He can be found painting in his studio in Chapel Hill, North Carolina. You can visit his website at www.davidwalkerstudios.com.
Start reading You Mean the World to Me on your Kindle in under a minute.

4.9 out of 5 stars
4.9 out of 5
20 global ratings
How are ratings calculated?
To calculate the overall star rating and percentage breakdown by star, we don’t use a simple average. Instead, our system considers things like how recent a review is and if the reviewer bought the item on Amazon. It also analyzes reviews to verify trustworthiness.
Top reviews

LINDSAY TAYLOR
5.0 out of 5 stars LOVE this book!!!
Reviewed in the United States on November 4, 2016
Verified Purchase
My daughter always picks this one first out of all of her books. It's great because she means the world to me!!! This book is so sweet. You'll love it and your kids will love it even more.
Read more
Report abuse

nicole
5.0 out of 5 stars Five Stars
Reviewed in the United States on December 10, 2015
Verified Purchase
My 8 month loves to listen to me read this book and its just the right length.
Read more
Report abuse

Dan Picard
5.0 out of 5 stars Aaaawww.....
Reviewed in the United States on July 4, 2013
Verified Purchase
A really sweet book for everyone to enjoy.
I got this for my Mom for Mother's Day this year and it was a perfect little gift to send over to her.
Highly recommended.
Read more
Report abuse
See all reviews
Back to top
Get to Know Us
Make Money with Us
Amazon Payment Products
Let Us Help You
EnglishChoose a language for shopping. CanadaChoose a country/region for shopping.
© 2008-2021, Amazon.com, Inc. or its affiliates