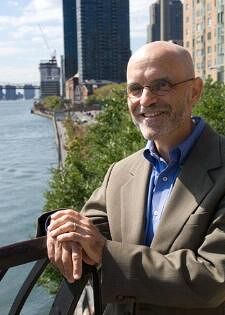 Your Money and Your Brain: How the New Science of Neuroeconomics Can Help Make You Rich Paperback – Illustrated, Sept. 16 2008

by Jason Zweig (Author)
4.4 out of 5 stars 245 ratings
See all formats and editions
Sorry, there was a problem loading this page. Try again.

Drawing on the latest scientific research, Jason Zweig shows what happens in your brain when you think about money and tells investors how to take practical, simple steps to avoid common mistakes and become more successful.

What happens inside our brains when we think about money? Quite a lot, actually, and some of it isn’t good for our financial health. In Your Money and Your Brain, Jason Zweig explains why smart people make stupid financial decisions—and what they can do to avoid these mistakes. Zweig, a veteran financial journalist, draws on the latest research in neuroeconomics, a fascinating new discipline that combines psychology, neuroscience, and economics to better understand financial decision making. He shows why we often misunderstand risk and why we tend to be overconfident about our investment decisions. Your Money and Your Brain offers some radical new insights into investing and shows investors how to take control of the battlefield between reason and emotion.

Your Money and Your Brain is as entertaining as it is enlightening. In the course of his research, Zweig visited leading neuroscience laboratories and subjected himself to numerous experiments. He blends anecdotes from these experiences with stories about investing mistakes, including confessions of stupidity from some highly successful people. Then he draws lessons and offers original practical steps that investors can take to make wiser decisions.

Anyone who has ever looked back on a financial decision and said, “How could I have been so stupid?” will benefit from reading this book.
Read more
Previous page
Next page

"This short and entertaining book packs a vast amount of serious information about your brain, about your mind, and about your money. You will learn a lot when you read it for the first time and you will probably want to read it again to learn some more."

-- Daniel Kahneman, professor of psychology, Princeton University, and winner of the 2002 Nobel Prize in Economics

"Jason Zweig is one of the world's experts on the investing process. He has written the best book yet on the emerging science of neuroeconomics. Buy it, read it, and become a more thoughtful, and a better, investor."

"Jason Zweig has written a pioneering work. His findings challenge many of our conventional beliefs about investor behavior. Zweig goes an important step further by laying down a series of rules that, if followed, will prevent the reader from making many of the emotional decisions that have cost investors dearly over time. Your Money and Your Brain is a book that stands head and shoulders above the conventional pablum served up in most stock market books."

-- David Dreman, author of Contrarian Investment Strategies: The Next Generation

"As advertised, this book is about your brain, but yours is not the only brain in this book. Lucky for you, that other brain is Jason Zweig's, and what a brilliant, fascinating, illuminating, powerful, and unique device that is. Listen to Zweig carefully. I have read a zillion books on investing, and none of them comes close to what he has so generously bestowed upon us here."

-- Peter L. Bernstein, author of Against the Gods: The Remarkable Story of Risk

"Jason Zweig knows your financial demons, where they live, why they're making you poor, and how you can beat them. You owe it to yourself, your future, and your heirs to read Your Money and Your Brain."

Jason Zweig is a senior writer for Money magazine and has been a guest columnist for Time and cnn.com. He is also the editor of the revised edition of Benjamin Graham's The Intelligent Investor, the classic text that Warren Buffett has described as "by far the best book about investing ever written." Before joining Money, Zweig was the mutual funds editor at Forbes.

In 2001 Zweig was named "best financial columnist for a national publication" by Northwestern University's Medill School of Journalism. He received the 2006 Lifetime Achievement in Investor Education award from the Mutual Fund Education Alliance. He serves on the editorial boards of Financial History magazine and The Journal of Behavioral Finance.

Visit the author at www.jasonzweig.com.
Start reading Your Money and Your Brain on your Kindle in under a minute.

Jason Zweig is an investing and personal finance columnist for The Wall Street Journal. Previously, he was a senior writer at Money magazine, mutual-funds editor at Forbes magazine, and a guest columnist for Time and cnn.com. He is the editor of the revised edition of Benjamin Graham's "The Intelligent Investor," the classic text that Warren Buffett has called "by far the best book about investing ever written." He is also the author of "The Devil's Financial Dictionary," a satirical glossary of Wall Street terms, and "Your Money and Your Brain," on the neuroscience and psychology of financial decision-making. Zweig serves on the editorial boards of Financial History magazine and The Journal of Behavioral Finance. Visit the author at www.jasonzweig.com and follow him on Twitter at @jasonzweigwsj.

4.4 out of 5 stars
4.4 out of 5
245 global ratings
How are ratings calculated?
To calculate the overall star rating and percentage breakdown by star, we don’t use a simple average. Instead, our system considers things like how recent a review is and if the reviewer bought the item on Amazon. It also analyzes reviews to verify trustworthiness.
Top reviews

Bela
5.0 out of 5 stars Five Stars
Reviewed in Canada on January 30, 2018
Verified Purchase
Good product, it came on time. I will use this and will cherish it for ever.
Read more
Helpful
Report abuse

Helen Kirk
4.0 out of 5 stars Interesting and Applicable
Reviewed in Canada on May 8, 2014
Chapters are broken into short easy to read segments. There is a surprising amount of information, all of it useful to know.
Read more
One person found this helpful
Helpful
Report abuse
See all reviews

Cookiebob
4.0 out of 5 stars Good, drawn out, lots of examples, one big frustration
Reviewed in the United Kingdom on January 14, 2018
Verified Purchase
Overall good and gives you plenty to think about, with lots of examples even if the whole thing is a little drawn out. The one thing that is driving me crazy is he keeps referring to various Figures that don't exist in the book. Pages 138 and 139 he keeps banging on about referring to Figure 6.1; "As the two bottom images in Figure 6.1 show". THERE IS NO FIGURE 6.1!

If anyone has any idea where this elusive figure 6.1 is please let me know! I have the paperback.
Read more
3 people found this helpful
Report abuse

David Taylor
5.0 out of 5 stars Real insight bristling with research, references and examples
Reviewed in the United Kingdom on January 11, 2008
Verified Purchase
Zweig gives real insight to the biology of wealth and investing. Much of his research and writing is backed up by experiment, many that he participated in. More than the insight to the biological basis of our ability to make investment decisions, Zweig goes on to give sound advice on how to deal with the vagaries of our brain.

Dan
5.0 out of 5 stars Unique insight
Reviewed in the United Kingdom on October 11, 2009
Verified Purchase
This book offers a unique insight into how the brain responds to all aspects of share trading. You will no longer trade according to how you 'feel' but to what is more likely to be a profitable trade.

You will live through toe-curling moments and by understanding your reactions to them survive another day!
Read more
2 people found this helpful
Report abuse