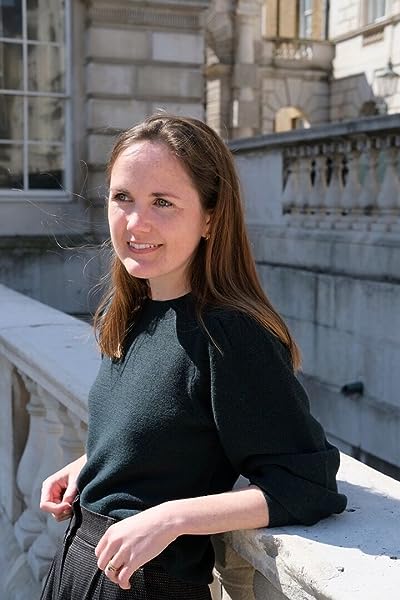 Look At This If You Love Great Art: A critical curation of 100 essential artworks • Packed with links to further reading, listening and viewing to take your enjoyment to the next level Hardcover – April 6 2021

by Chloë Ashby (Author)
5.0 out of 5 stars 3 ratings
See all formats and editions
Sorry, there was a problem loading this page. Try again.

Look At This If You Love Great Art

Although the title of this painting is Dining Room in the Country, the real subject is colour. The figurative structure of the work wavers – like the sunken fabric of the golden-yellow chair on the right, the edges of the door, window and walls bend and blur.

Spaces are delineated less by line and more by hue, the exterior a mottled mass of pastel blues, greys and yellows, the interior a fuzzy

wash of saturated apricots and reds. The lone figure in the scene – Bonnard’s wife, Marthe de Méligny, leaning lazily over the windowsill in a crimson blouse – acts as a bridge between the dining room and wild garden of the couple’s country house at Vernonnet. Bonnard’s handling of colour was as controversial as it was innovative – while Henri Matisse called him ‘a rare and courageous painter’, Pablo Picasso described his paintings, with skies that pulsed from blue to mauve to pink, as a ‘potpourri of indecision’.

Colour was a tool with which Bonnard attempted to piece together his past; his paintings are hot and cold time warps. Working largely from memory, with the odd sketch for reference, he didn’t feel obliged to replicate reality. Instead, he used colour subjectively to capture time, emotion and the spirit of a moment. In his art, Bonnard gave us many glimpses of his married life with De Méligny.

Here we see only her torso; elsewhere she’s semisubmerged in the bath or partially reflected in a mirror. The moment depicted in Dining Room in the Country is sunset, the foliage infused with an evening glow that’s filtering through the thrown-open window and door, the white tablecloth just out of reach.

Some artists stick to a certain style throughout their career. Others never stray far from a particular palette. For Kusama, it’s all about compulsively repetitive patterns and images more often than not, polka dots and pumpkins.

Like most of her work, this intricate piece flits between figuration and abstraction. The pumpkin floats in front of a decorative backdrop that vaguely resembles netting. There’s something comical about the gourd’s bulbous bodily form and its top hat-like stem. Stare for long enough at the rhythmic dots that bloom and wither on each lobe and the pumpkin will begin to pulse before your eyes. The experience is both therapeutic and disconcerting.

The celebrated Japanese artist suffered from hallucinations as a child and has been fascinated with inner vision and optical illusions ever since. Pumpkins are for her a source of comfort, partly because she grew up with them.

They first cropped up in her work in the 1940s, before she moved to Kyoto to study at the Kyoto Municipal School of Arts and Crafts. Drawn to its postwar art scene, Kusama then moved to New York in 1958 and swiftly made a name for herself with her Infinity Nets, a series of abstract paintings composed of obsessively repeated brushstrokes.

She then combined them with the pumpkin motif in various media and colour variations. By the time she exhibited Mirror Room (Pumpkin) (1991) in the Japanese pavilion at the forty-fifth Venice Biennale, Kusama was back in Japan– living by her own choice in a psychiatric hospital – and the pumpkin was truly embedded in her practice.

Chloë Ashby is a writer and editor. Since graduating from the Courtauld Institute of Art, she has written about art and culture for the TLS, Guardian, FT Life & Arts, Spectator, Apollo, frieze and others. She is the author of The Colours of Art: The Story of Art in 80 Colour Palettes, which will be published by Frances Lincoln in spring 2022. Her short fiction has appeared in The London Magazine and The Fairlight Book of Short Stories. Her first novel, Wet Paint, will be published by Trapeze, also in spring 2022.
www.chloeashby.com

Start reading Look At This If You Love Great Art on your Kindle in under a minute.

5.0 out of 5 stars
5 out of 5
3 global ratings
How are ratings calculated?
To calculate the overall star rating and percentage breakdown by star, we don’t use a simple average. Instead, our system considers things like how recent a review is and if the reviewer bought the item on Amazon. It also analyzes reviews to verify trustworthiness.
Top reviews

Susan B. Daniels
5.0 out of 5 stars Different from most
Reviewed in the United States on August 10, 2021
Verified Purchase
While this book investigates art work from a standard canon it also includes art from less well known artists. It also refers one to artists who have a similar style. One can learn a great deal from this book
Read more
One person found this helpful
Report abuse
See all reviews
Back to top
Get to Know Us
Make Money with Us
Amazon Payment Products
Let Us Help You
EnglishChoose a language for shopping. CanadaChoose a country/region for shopping.
© 2008-2021, Amazon.com, Inc. or its affiliates