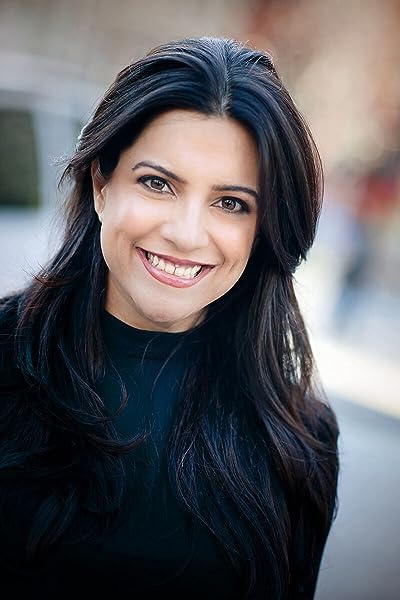 by Reshma Saujani (Author)
4.4 out of 5 stars 82 ratings
See all formats and editions
Sorry, there was a problem loading this page. Try again.
There’s never been a better time to be woman. We live in an era when girls are told they can do anything. So why aren’t we seeing more women rising to the top ranks of corporations and the government? Why don’t our girls have more women in leadership roles to look up to?

Women Who Don’t Wait in Lineis an urgent wake-up call from politico and activist Reshma Saujani. The former New York City Deputy Public Advocate and founder of the national nonprofit Girls Who Code argues that aversion to risk and failure is the final hurdle holding women back in the workplace. Saujani advocates a new model of female leadership based on sponsorship—where women encourage each other to compete, take risks, embrace failure, and lift each other up personally and professionally.

Woven throughout the book are lessons and stories from accomplished women like Susan Lyne, Randi Zuckerberg, Mika Brzezinski, and Anne-Marie Slaughter, who have faced roadblocks and overcome them by forging new paths, being unapologetically ambitious, and never taking no for an answer. Readers are also offered a glimpse into Saujani’s personal story, including her immigrant upbringing and the insights she gleaned from running a spirited campaign for U.S. Congress in 2010.

Above all else,Women Who Don’t Wait in Line is an inspiring call from a woman who is still deep in the trenches. Saujani aims to ignite her fellow women—and enlist them in remaking America.
Read more
Previous page
Next page

RESHMA SAUJANI is a former New York City deputy public advocate and the founder of Girls Who Code, a nonprofit that prepares underserved girls for careers in science and technology. She ran for U.S. Congress in New York’s 14th District as a Democrat in 2010.

Reshma began her career as an attorney and activist. In 2010, she surged onto the political scene as the first Indian American woman to run for U.S. Congress. During the race, Reshma visited local schools and saw the gender gap in computing classes firsthand, which led her to start Girls Who Code. She has also served as Deputy Public Advocate for New York City and ran a spirited campaign for Public Advocate in 2013.

Reshma’s TED talk, “Teach girls, bravery not perfection,” has more than four million views and has sparked a national conversation about how we’re raising our girls. She is the author of three books, including the forthcoming Brave, Not Perfect - scheduled for release in Winter 2018, New York Times bestseller Girls Who Code: Learn to Code and Change the World, and Women Who Don’t Wait In Line - in which she advocates for a new model of female leadership focused on embracing risk and failure, promoting mentorship and sponsorship, and boldly charting your own course — personally and professionally.

Reshma is a graduate of the University of Illinois, Harvard’s Kennedy School of Government, and Yale Law School. She’s been named one of Fortune’s World’s Greatest Leaders, Fortune’s 40 Under 40, a WSJ Magazine Innovator of the Year, a Future Lion of New York by the New York Times, a Harold W. McGraw, Jr. Prize in Education winner, one of the 50 Most Powerful Women in New York by the New York Daily News, CNBC’s Next List, Forbes’s Most Powerful Women Changing the World, Fast Company’s 100 Most Creative People, Crain’s New York 40 Under 40, Ad Age’s Creativity 50, Business Insider’s 50 Women Who Are Changing the World, City &amp; State’s Rising Stars, and an AOL / PBS Next MAKER. Saujani serves on the Board of Overseers for the International Rescue Committee, which provides aid to refugees and those impacted by humanitarian crises, and She Should Run, which seeks to increase the number of women in public leadership.

Reshma lives in New York City with her husband, Nihal, their son, Shaan, and their bulldog, Stanley.

4.4 out of 5 stars
4.4 out of 5
82 global ratings
How are ratings calculated?
To calculate the overall star rating and percentage breakdown by star, we don’t use a simple average. Instead, our system considers things like how recent a review is and if the reviewer bought the item on Amazon. It also analyzes reviews to verify trustworthiness.

Barb
3.0 out of 5 stars Good but a bit repetitive.
Reviewed in Canada 🇨🇦 on March 2, 2017
Verified Purchase
I enjoyed the book as the writing style was good and engaging, and the content was interesting even if i did know a lot about the topic prior. My only gripe was that it was pretty repetitive. I would recommend this book regardless!
Read more
Helpful
Report abuse
See all reviews

Amazon Customer
5.0 out of 5 stars Must try
Reviewed in India 🇮🇳 on June 19, 2019
Verified Purchase
Size of the bedsheet is good for. King size bed ( 6*6) . Color is cool good for summer. Good quality , I bought 3 such bedsheets . They come with packing so good to gift as well. Recommend
Read more
Report abuse

Kristina Proctor
4.0 out of 5 stars Get out of the queue and do what matters.
Reviewed in the United States 🇺🇸 on June 13, 2018
Verified Purchase
Ms. Saujani did a fabulous job telling her story, which is the story of so many women. I find her honestly refreshing and highly recommend this book. I have run for local office and can relate to stories and experiences she illustrates (on a smaller, more local level). Any PERSON look for inspirational to step out of the queue and get moving on what matters to them will appreciate this book... Not just about politics.
Read more
One person found this helpful
Report abuse

John Sullivan
5.0 out of 5 stars Many workable ideas, up-to-date resources
Reviewed in the United States 🇺🇸 on May 30, 2016
Verified Purchase
I can't say enough about how much I liked this book! It drew me in because it was so sassy/funny but it slowly involved me in a serious advocacy discussion: for women entrepreneurs. Many great calls to action! For example Kiva.org(I knew, but could do more
Can't wait to try some others too. This morning I immediately called two younger mentees. I'd been waiting for the right time.
Read more
2 people found this helpful
Report abuse
See all reviews