Have one to sell?
Sell on Amazon

Read instantly on your browser with Kindle for Web.

Using your mobile phone camera, scan the code below and download the Kindle app.

Flip to back Flip to front
Listen Playing... Paused   You're listening to a sample of the Audible audio edition.
Learn more
See all 2 images 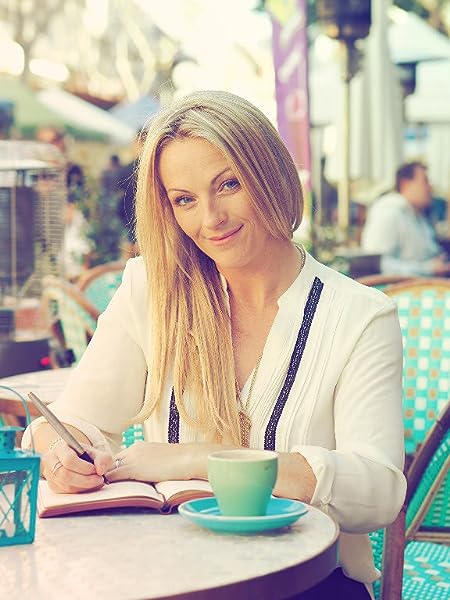 by Angharad Thompson Rees (Author)
3.6 out of 5 stars 4 ratings
See all formats and editions
Sorry, there was a problem loading this page. Try again.

Nobody believes the pony in Daisy's snow globe comes alive at night, not even her best friends.

Daisy thought riding with her friends to celebrate her ninth birthday would be a dream come true, but when they start teasing her about her 'wild snow pony' ideas, Daisy's warm heart turns cold.

But that's not the only thing turning...

Their crisp winter ride turns into a dangerous adventure when a raging blizzard descends, causing their frightened ponies to spook, and the riders to lose their way entirely.

Lost within the cold, white landscape, Daisy believes she knows how they can get help, but how can she get her friends to trust her when they don't believe in her snow pony, in magic, or worse, they don't even believe in her?

Follow authors to get new release updates, plus improved recommendations.

Angharad Thompson Rees is a poet, comic scriptwriter and author of fantasy and gothic books for children and young adults. Weaving strong imagery with poetical prose, Angharad's stories capture the imagination of young and old with her whimsical offerings.

3.6 out of 5 stars
3.6 out of 5
4 global ratings
How are ratings calculated?
To calculate the overall star rating and percentage breakdown by star, we don’t use a simple average. Instead, our system considers things like how recent a review is and if the reviewer bought the item on Amazon. It also analyzes reviews to verify trustworthiness.

There are 0 reviews and 0 ratings from Canada

Top reviews from other countries

miss j rogers
1.0 out of 5 stars Shockingly overpriced
Reviewed in the United Kingdom 🇬🇧 on February 24, 2021
Verified Purchase
My daughter spent her own £7 on this as she'd run out of books over lockdown. 40 pages is a joke for that price! Bought as decent book elsewhere for £7 that's at least 300 pages.
Read more
Report abuse
See all reviews

Your recently viewed items and featured recommendations
›
View or edit your browsing history
After viewing product detail pages, look here to find an easy way to navigate back to pages that interest you.

Back to top
Get to Know Us
Make Money with Us
Amazon Payment Products
Let Us Help You
English Canada
© 1996-2023, Amazon.com, Inc. or its affiliates